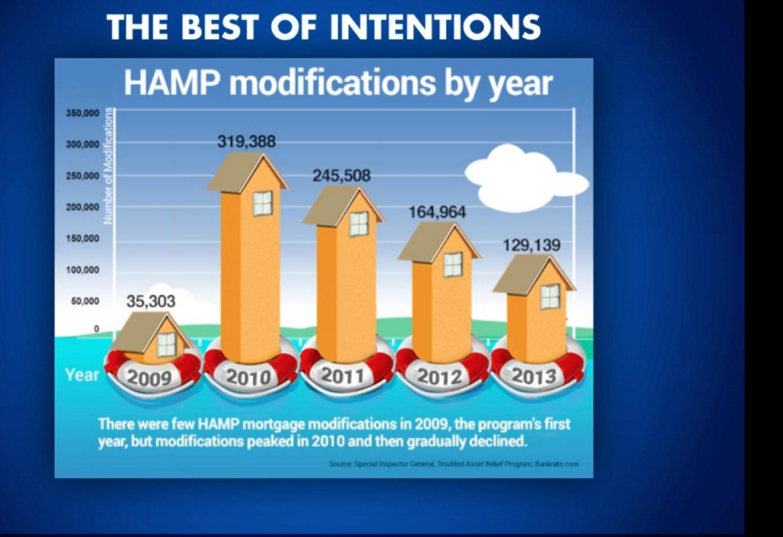 On November 20, 2014 I was included in a webinar that was hosted by the President and CEO of The Five Star Institute regarding the REO industry. Mr. Delgado has vast knowledge of the REO industry and his take on REO’s for 2015 is that they will increase 2%-4% nationally from where they are today. Right now according to his figures at the end of the 3rd quarter of this year the delinquency rate was 6.9% and he sees it decreasing to 6%. The normal rate of delinquency is 3%-4%.

As you can see by the two HAMP charts (courtesy of Special Inspector General Troubled Asset Relief Program) the HAMP program had good intentions but it’s not working; Once the year six comes the payment starts to climb due to the adjustable rate mortgage—then you pay the taxes, insurance etc besides. Ouch!

Right now according to the chart furnished by the Mortgage Bankers Association, the foreclosure starts are close to what they were in 1995 so they are not going away but hopefully will not rise back to what they were in the recession of 2009-2011 and the chart from the National Association of Realtors show that the reported foreclosed sales this year continues to slide.

Finally the chart showing the supply and demand seems to be slowly improving over the recession years but not enough yet to breathe a sigh of relief—but there’s hope!! 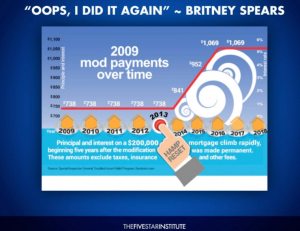 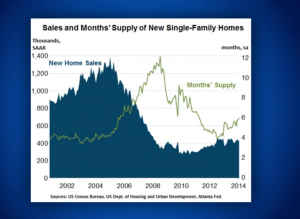 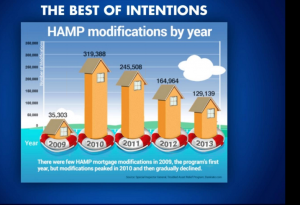 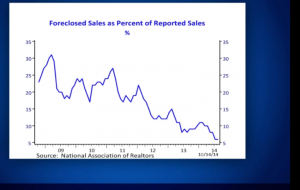 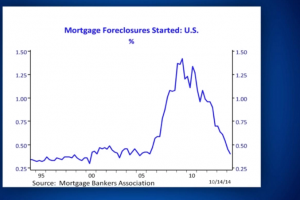